The Boys from Paul Street (USA: poster title)
The Boys of Paul Street 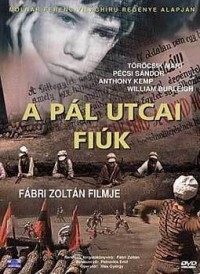 The Boys of Paul Street is an antiwar allegory set in the streets of Budapest. Two rival gangs of young boys lay claim to a vacant lot. The hostilities escalate yet never quite boil over into actual violence. Just when things do get out of hand, however, the problem is "solved" by the city government, which takes over the lot for future development. Based on a story by Ferenc Molnar, The Boys of Paul Street was filmed in Hungary then picked up for American distribution by 20th Century-Fox. A 1934 version of the story was produced by Columbia under the title No Greater Glory. - Hal Erickson, All Movie Guide